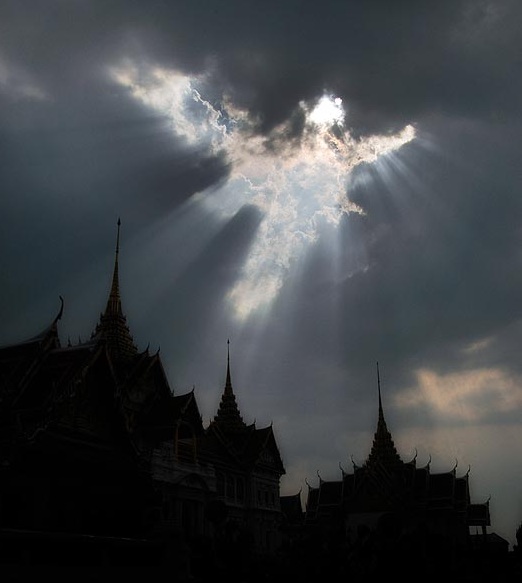 Heavenly creature ... incredible shot was taken at a temple in Bangkok.