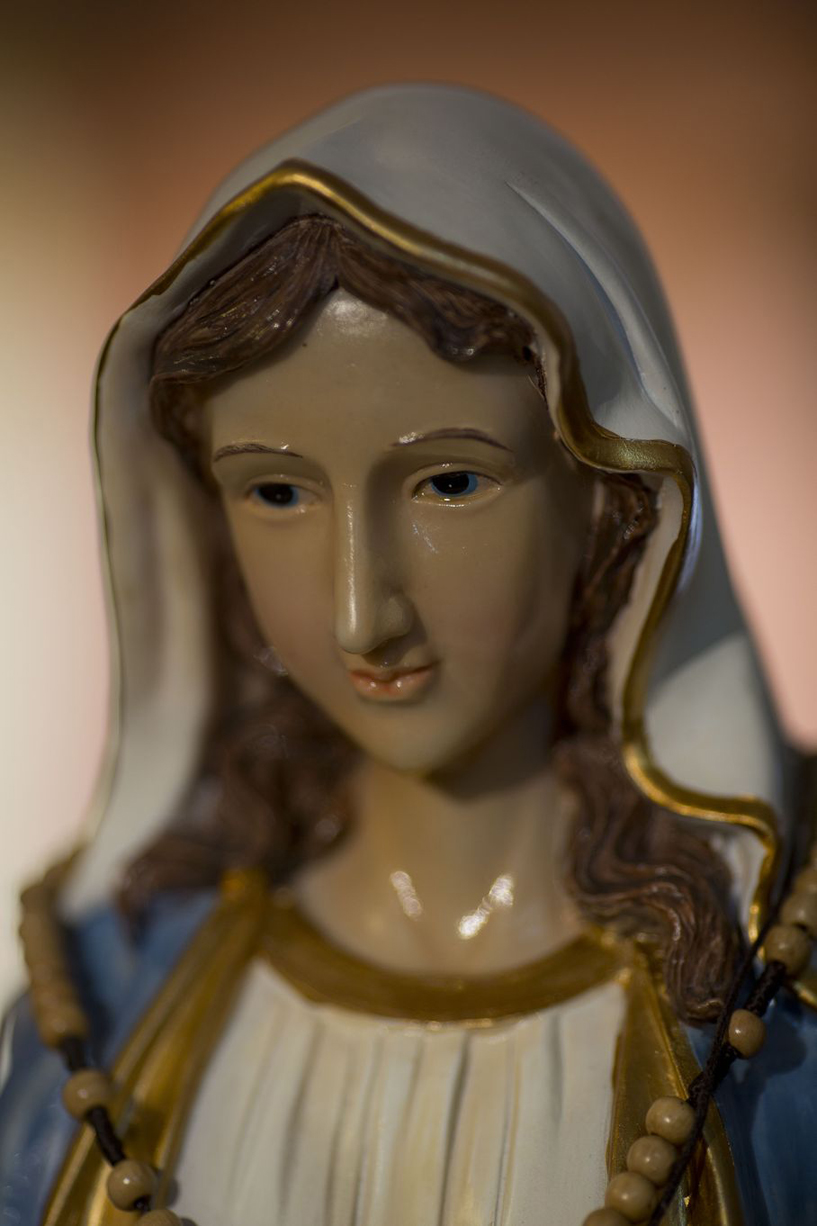 Photo is of Mother Mary weeping oil at the home of Osama and Amira Khoury.