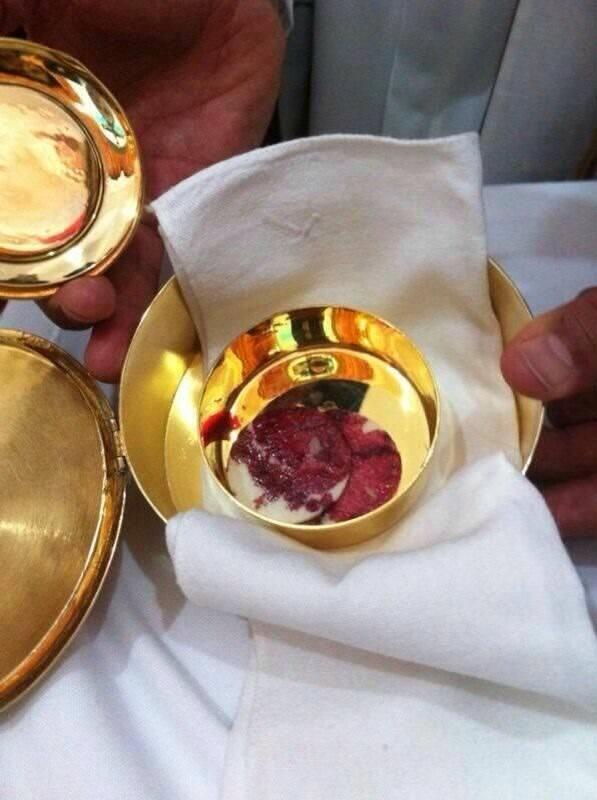 Above photo is of the Host that bled in Guadalajara, Jalisco, Mexico.